Warning: Creating default object from empty value in /home/customer/www/scottsakamoto.com/public_html/wp-content/themes/enfold/config-templatebuilder/avia-shortcodes/slideshow_layerslider/slideshow_layerslider.php on line 28
 9/11 was Sixteen Years Ago, I Remember It Like Yesterday

I remember all too well what I saw and watched in disbelief during the early morning hours of Tuesday, September 11, 2001 (September 11 Attacks), never to be forgotten…ever!

What followed as soon as I came to my senses was a loud expletive… “Crap! They’re going to go after the Arab Americans and American Muslims…!”

The other realization that quickly hit me like a 2-Ton Hammer; I was the current President of the Portland Chapter of the Japanese American Citizens League (JACL, founded in 1929 is the oldest Asian Civil Rights Organization in the U.S.)… Time to get to work, this is what I’ve been preparing and honing my leadership acumen for. This was not a time to “hem and haw”; I’ll be the first to admit, I didn’t have the patience for the “typical” and normal decision-by-committee process that might follow. (Photo: 2001, Portland Police Chief, Mark Kroeker at the event)

I Will Lead. We’ve Been Here Before, Never Again

Fortunately, this was my second 2-year term as President of the Portland Chapter of JACL, the first being in 1990-1991. So I came prepared with a Network of Community Partners that I had invested in over the years and I was also fortunate to have a receptive “Tribe” of constituents who seemed to be waiting and willing for a directive on what to do next… I will lead; I took charge; this has to get done.

I Saw Fright, I Felt Fear… there was talk of Internment Camps

In the days following I found myself walking into a meeting to discuss next steps at the Oregon Nikkei Legacy Center (hosted by 2001 Executive Director, June Schuman), what I immediately saw where many new pairs of eyes that followed me as I was introduced around the table; eyes of people who were full of Fright, Fear, and Anxiety; I could feel the weight of their Uncertainty. I would soon discover; these were the eyes of Community Leaders from concerned Asian, Arab American and American Muslim organizations in Portland Oregon. I saw for the first time the furrowed brows of Wajdi Said (Muslim Educational Trust), Jim Hanna, Jim Kennedy, Zaha Hassan (Handoush), Gulzar Ahmad, and Gloria Tuma to name a few.

Those intimate with my Leadership Philosophy and Style know that my Platform has always been to help and empower Marginalized Communities. As a member of one of the largest and oldest Communities of Color (Japanese and Chinese), this was again another example of “We’ve Been Here Before” … “Never Again!”

Intuitively we (myself and the Portland JACL Board of Directors) knew to gather the experienced minds of our Japanese Community Elders to articulate along with our new friends and share our stories; to compare the period in American history when more than 100,000 people of Japanese Ancestry, many of whom were American Citizens were herded into concentration camps on American soil. Let’s discuss openly and with our public fears and reactions toward the Arab American Community and how it compares to the Japanese American Story. 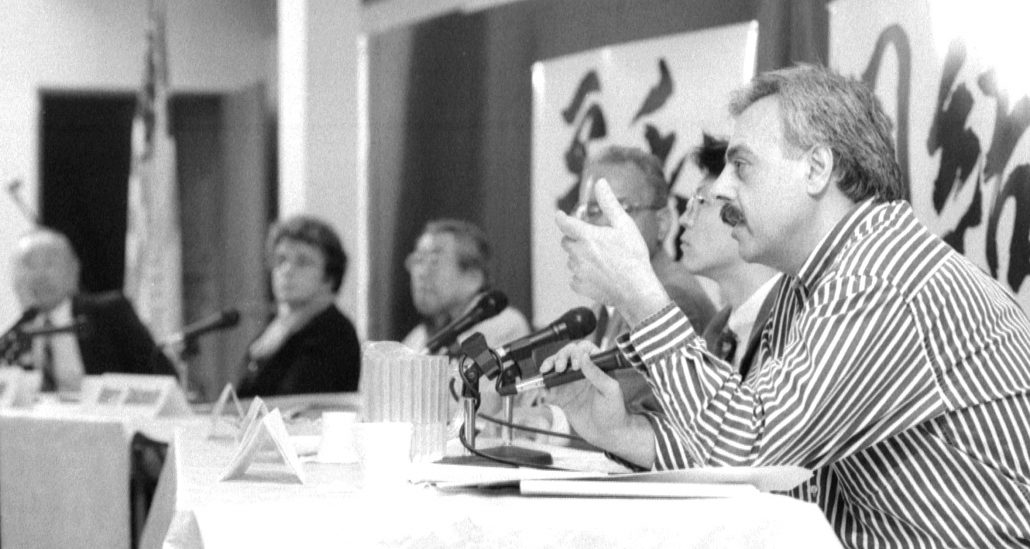 In my leadership capacity, it was vitally important to clearly communicate to the Arab American and American Muslim Communities that they were NOT ALONE in this journey; that we stood in Solidarity with them.

What happened next was nothing short of amazement as 12 Portland, Oregon Organizations stepped in and co-sponsored the event “Dialog for Peace and Understanding” on October 14, 2001, at the Oregon Buddhist Temple (Portland, Oregon). Moderated by Taro O’Sullivan (and author of the event title) was attended by an overflowing capacity crowd of over 200 people, among them, then Portland Police Chief Mark Kroeker and then School Board member Mark Abrams.

Since That Evening in 2001, Our Two Communities Have Been Closely Bonded 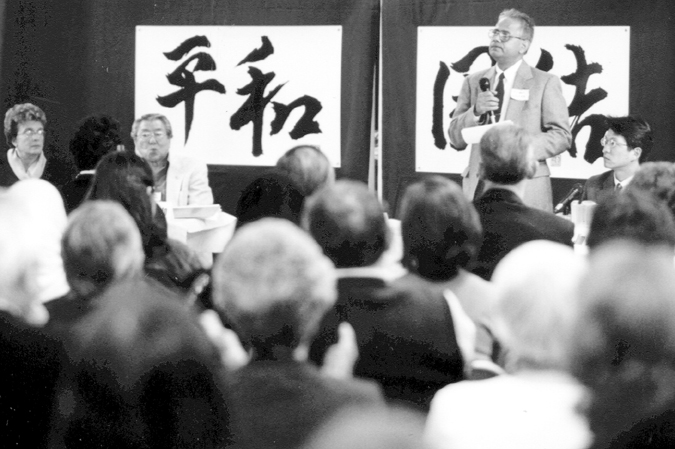 The following organizations were represented:

In the days following this Event, Wajdi Said was so gracious and took me on a tour, visiting all the Mosques in Portland, Oregon where I observed and participated in “breaking the fast” with a light meal or snack (iftar) before the evening prayer service of Dates and Milk… the start of a beautiful friendship.

I never did tell Wajdi that I’m lactose intolerant…
Peace!

Together We Make Each Other Stronger